We come from diverse backgrounds including Egypt, Iraq, Iran, Lebanon, Palestine, Malta, Malaysia, Thailand, Italy, Bengal,  India, Chile and the UK.  We have people of various faiths including the Muslim, Jewish and Christian faiths.  Our play is a celebration of the power of inclusivity and a testimony to breaking down cultural and racial barriers!

Samah Sabawi is a Palestinian Australian Canadian playwright, commentator and poet. Her plays Cries From The Land and Three Wishes had successful runs in Canada; Tales Of A City By The Sea enjoyed a sold-out season at La Mama in 2014 and an Arabic premiere at Alrowwad’s Cultural Theater Society in Palestine, and was selected for the 2016 VCE Drama Playlist. Sabawi’s poems feature in WITH OUR EYES WIDE OPEN (West End Press 2014), GAZA UNSILENCED (Just World Books 2015) and I REMEMBER MY NAME (Novum Publishing 2016). She is co-editor of  DOUBLE EXPOSURE: Plays of the Jewish and Palestinian Diasporas (Playwrights Canada Press 2016).

Lech Mackiewicz is a Polish director, playwright, and actor. He formed Auto Da Fe Theatre Company in Sydney in 1987. He specialises in creating intercultural collaborative performance, having directed theatre in Poland, Japan, China, Korea, and Australia. Lech’s directing credits include: Felliniana (Belvoir St Theatre); King Lear (Playbox Theatre); Kafka Tanczy (Teatr Zydowski); Beckett in Circles (Suzuki Company of Toga); An Oak Tree (Teatr Wegierki); The Hour Before My Brother Dies (Teatr Jaracza); and Everyman and the Pole Dancers (Metanoia Theatre). He is a graduate of the National Academy of Theatrical Arts (PWST) in Cracow, and the University of Technology Sydney. 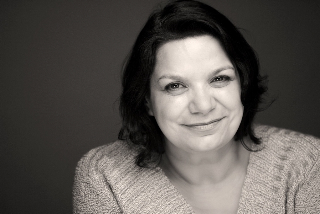 Wahibe Moussa is an award-winning performance maker, and writer. In 2007, Wahibe received the Green Room Award for her role as “Mahala” in Theatre @ Risk’s production of Tony Kushner’s Homebody/Kabul. In 2014 she was one of ten dramaturgy interns at Melbourne Theatre Company, a Playwriting Australia Fellowship initiative. Wahibe’s practice is informed by her own experiences as a migrant child, her collaborations with Refugee Artists, and a commitment to understanding Indigenous performance and story making practices. This is Wahibe’s directorial debut.

Lara Week is a designer for performance and creative producer. Her design credits include: NaGL: Not a Good Look (Metanoia Theatre), Between Heaven and Her (La Mama Theatre), and The Conference of the Birds (Centre for Cultural Partnerships). Since 2011, she has been associate producer for Tribal Soul Arts, producing decolonial arts programs and performances in Africa, Europe, and Australia. She is dedicated to creating spaces where people with different skills and perspectives can share ideas and produce work together.

Shane Grant has been Audio Visual Technician for St Kevin’s College for the past nine years. Previously, he was Production Manager with Strange Fruit and Technical Manager at Gasworks Theatre. Shane is an accomplished lighting designer having worked extensively with companies like Ranters Theatre, The Torch Project, NYID, La Mama and many others. Shane has a BA Dramatic Arts (Production) VCA from 1994. He sits on the Green Room Awards Association Theatre Companies Panel. Shane is currently an artistic director at Metanoia Theatre and the Technical Manager of the Mechanics Institute theatre in Brunswick. 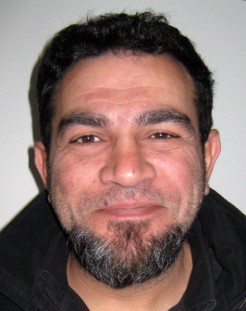 Khaled Sabsabi works across art mediums, geographical borders and cultures to create immersive and engaging media based experiences. He is a socially-engaged artist who specialises in multimedia and site-specific installations that often involve people on the margins of society. Khaled has worked in detention centres, schools, prisons, refugee camps, settlements, hospitals and youth centres, in the Australian and broader international context. Khaled makes work that is in continual transfer from the physical to the philosophical, to interconnect the interrelatedness and cycles of life. 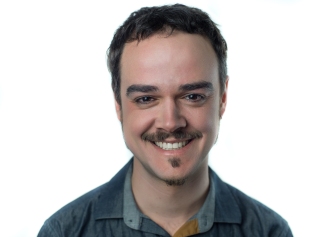 From his roots in The Australian Theatre for Young People and the NSW Performing Arts Unit State Drama Ensemble, Max Schollar-Root found his passion in musical performance and composition while studying at the Sydney Conservatorium of Music. He works as a band leader with Ungus Ungus Ungus, a theatrical and multi-modal performance project combining live music, technology, and dance, presenting nationally at large-scale festivals. As a Registered Music Therapist trained at The Melbourne Conservatorium of Music he runs early childhood music programs and works with adults with intellectual disabilities.

Hayley Fox gained a Bachelor of Creative Industries majoring in Theatre at QUT (2005) and a Master of Arts in Writing at Swinburne University (2010). Her most recent stage management credits include: Werther and The Spanish Hour with the Lyric Opera of Melbourne; The Road to Woodstock and An Evening with Sarah Vaughan for Neil Cole; Diva Power Regional Tour for Arts Events Australia; Wuthering Heights with the Australian Shakespeare Company; and In Between Two at the Sydney Festival for Performance4a. 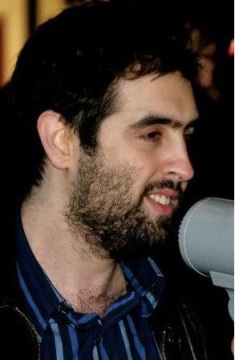 James Crafti is excited to be working on Tales of a City by the Sea as it combines two of his passions: theatre and Palestine. On the former James has directed a variety of plays such as Mutha, The Deserters, Rope, Creationism and Seven Jewish Children. He was also an assistant director on Yet to Ascertain the Nature of the Crime. James has also been an organiser with Campaign Against Israeli Apartheid, Australians for Justice and Peace in Palestine and Jews Against Israeli Apartheid.

Daniel Clarke has worked in Australia, the UK and US as a theatre director, producer and artistic director. He is has recently taken on the role of Programmer, Performing Arts at Arts Centre Melbourne, after five fulfilling years as CEO and Creative Producer of Theatre Works, St Kilda. Daniel was the Artistic Director of Feast in 2007 and 2008, winning the prestigious Arts SA Ruby Award for Community Impact. He has also worked for Leicester Haymarket Theatre Company as Creative Producer/Associate Artist and was awarded the 2015 Sidney Myer Performing Arts Award Facilitators Prize.

From a large, creative Egyptian family, Helana Sawires has always lived within the realm of the arts. Early on Helana developed a love for percussion, very much influenced by her father. Since graduating from Newtown High School of the Performing Arts (2011), Helana’s projects include: Short and Sweet Theatre Festival; Banana Boy (upcoming short); and W.O.W Casula Kid’s Festival (storyteller/drumming workshop). Helana landed her first major film role in 2015 in Ali’s Wedding (Matchbox Pictures). She was accepted into the Stella Adler Studio of Acting in NYC (2014), completing a Chekhov Intensive Course, which further influenced her unique expression across all forms of art.

Osamah Sami is a failed cricketer and a struggling Muslim. His memoir Good Muslim Boy was Highly Commended at the Victorian Premiere’s Literary Awards. He also co-wrote Ali’s Wedding, Australia’s first Muslim Rom-Com, and co-created the Web Series Two Refugees and a Blonde. Lead roles in films include Ali’s Wedding, Journey, 10 Terrorists! and Saved. TV roles include: Kick, East West 101, Rush, Sea Patrol, City Homicide and Jack Irish. He has performed at Belvoir St, MTC, La Mama and a dozen independent houses. His role as “Amor” in MTC’s I Call My Brothers earned him a Green Room nomination for Best Lead Actor. 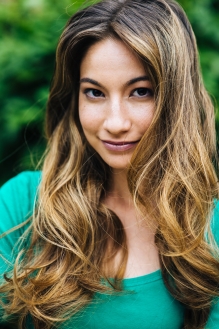 Emina is a Malaysian born actor, dancer and theatre-maker. Before relocating to Australia (2012), her theatre credits in Kuala Lumpur include Beasts and Beauties, Lysistrata and Fragments. As a 2014 VCA graduate, her credits include Agamemnon, The Three Sisters, The Little Prince and Plus Sign Attached (with Living Positive Victoria). Emina played “Julie Bishop” in Lucky Country (Melbourne Fringe 2014). Last year, she read the role of “Christine” in Michele Lee’s Moths for MTC. She also played “Antonia D’Agostino” in the sell-out season of Adam Cass’s Bock Kills Her Father (La Mama, Melbourne Fringe 2015). She has recently completed a diploma in creative writing, specialising in writing for performance and poetry.

Reece Vella graduated from The Actors College of Theatre and Television in Sydney (2010) and has been acting professionally for the past six years. Check out his Star now if you are into name-dropping. He harbours a passion for new, eccentric and challenging work. Since moving to Melbourne, Reece’s stage credits include: Everyman and The Pole Dancers; Tales of a City by the Sea; Between Heaven and Her; and most recently Night Sings Its Songs. Reece is elated and moved that a remount of Tales of a City by the Sea has taken life, confirming his everlasting hope in stories of humanity.

Alex Pinder works as an actor and theatre director. Recent credits at La Mama include performing in Waiting For Godot (as “Lucky”) and In the Middle of the Night and Other Stories, and directing Buzo’s Norm and Ahmed. Other work includes directing a reading of In The Day I left Home by Raahma N Kalsie, for MTC NEON 2015 and MTC Cybec 2016, playing “Page” in The Merry Wives of Windsor at 45 Downstairs and Perth’s Fortune Theatre, and “Howard” in The Dead Twin.

Rebecca Morton has been singing and acting all around Australia for longer than she cares to admit, from opera to music theatre to Shakespeare and Noel Coward with state theatre companies. She writes and tours highly portable, one act music theatre shows, and recently joined Alchemy 7, a group of artists who create a fusion of sculpture and song. She is also working with a new company, RAPt, which connects people through theatre. She is absolutely delighted and proud to be part of this very exciting and important play.

Classically trained, Cara Whitehouse has played roles in children’s puppetry to the Greeks, working in Melbourne and Singapore. Recent work includes Tales of a City by the Sea (La Mama 2014), Remember M with innātum Theatre, The Woman in the Window, and “Elektra” in The Oresteia. Cara’s film work includes multiple shorts with a web series in development. A certified Fitzmaurice Voicework teacher, Cara’s training encompasses Conservatory Actor training at Lasalle College of the Arts Singapore, Knight-Thompson speech work (NYC) and continued training at the Howard Fine Acting Studio.

Aseel Tayah is a creative director, art producer and installation artist. She has been part of number of theatre productions at the Malthouse, Platform, La Mama, Polyglot and Metanoia Theatres, together with her own art works that have been displayed prominently in Palestine and Australia. She travels around the world to discover, photograph and be inspired by people’s cultures and histories. She creates interactive experiences that invite audiences to participate through her design of space, and the presence of her body and voice. 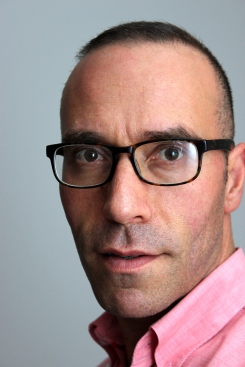 Ubaldino was in the 2014 Melbourne premiere of Tales of a City by the Sea at La Mama. He’s played major theatrical roles in the Geelong region, including performing for the National Trust and in the ensemble-devised Daylight Savings, led by James Pratt. Ubaldino trained under Kerreen Ely-Harper, Stephen Costan, Jenny Lovell, Danielle Carter, Karen Davitt and Nicky Fearn in the VCA Acting Studio 12. He’s been a producer, presenter and performer on community radio. In 2016, Ubaldino can be seen in James Burke’s short film, Sick Home.

Melbourne: The show will be staged at the La Mama Courthouse theatre between May 11 – May 29th. La Mama Theatre is nationally and internationally acknowledged as a crucible for cutting edge, contemporary theatre since 1967. The Courthouse is located on 349 Drummond St, Carlton. Click here to purchase tickets for Melbourne shows.

Adelaide: The show will be staged at The Bakehouse Theatre June 8th to June 18th – June 18th. The Bakehouse is a charming, intimate live theatre at 255 Angas Street, near the east end (Hutt Street). Click here to purchase tickets for Adelaide shows.

Sydney: The show will run at the Casula Powerhouse Arts Centre on 1 Powerhouse Road, Casula. There will only be two performances scheduled for August 3rd. Click here to purchase tickets for Sydney shows.